Nvidia’s CES presentation this year was jam-packed with news on their new RTX GPUs and gaming laptops. The company is betting big on the next generation of GPU technology, but these aren’t just a little performance boost ahead of AMD – they’re 50% faster than Nvidia’s original GTX 1080 Ti! 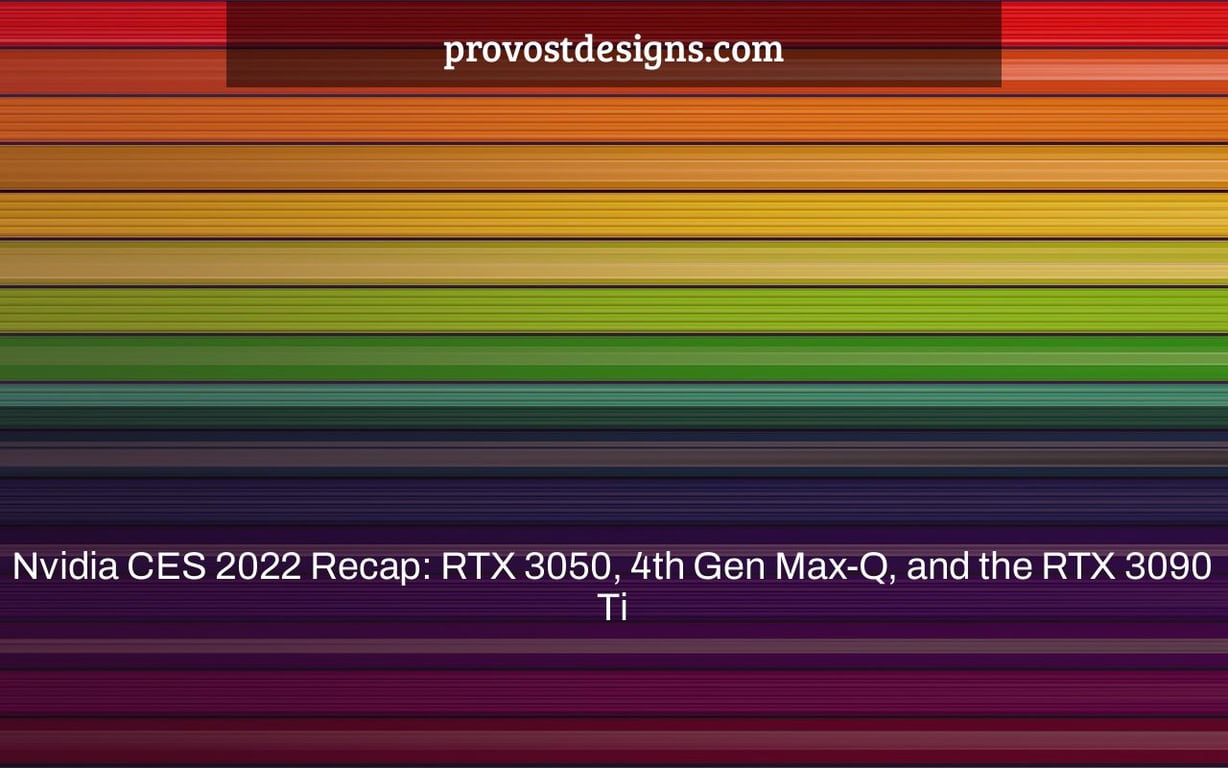 Part 1: Something new for the miners – the discrete Geforce RTX 3050 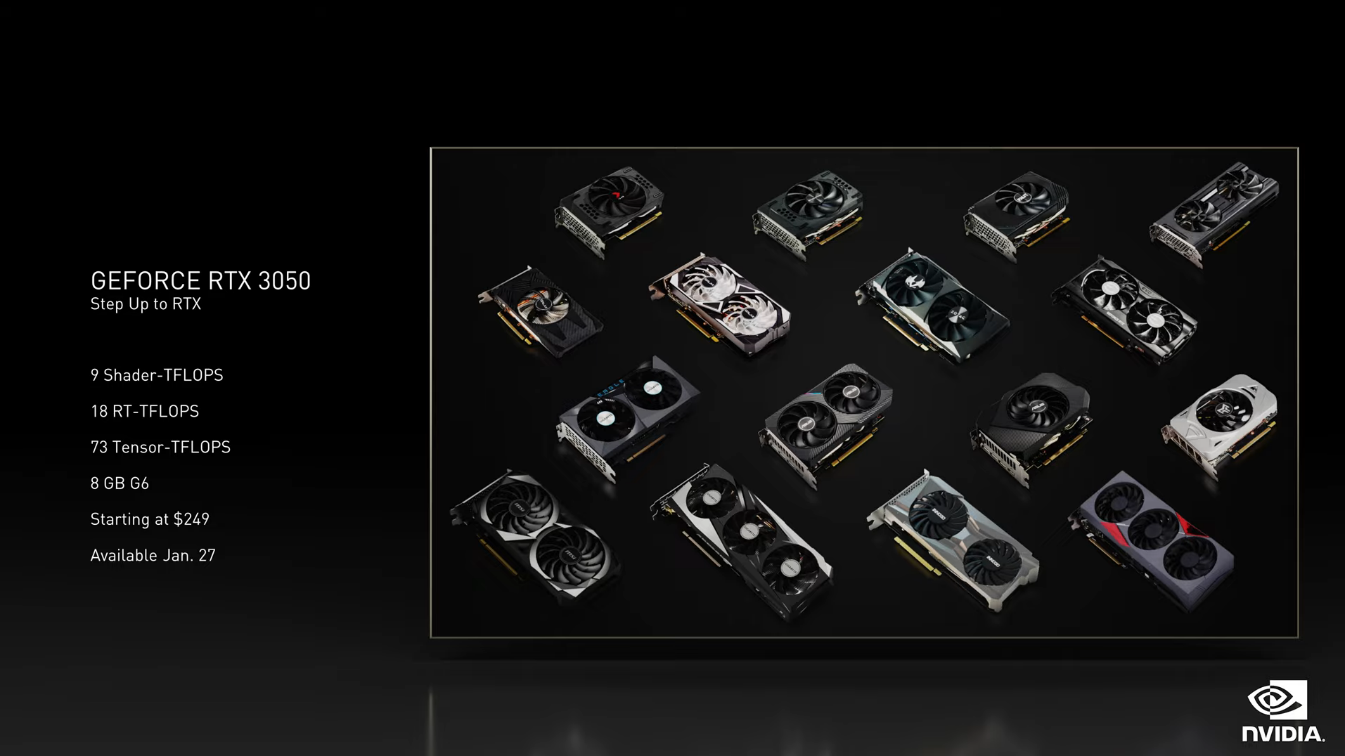 The real confirmation of the RTX 3050 discrete GPU version is the highlight of the GPU announcement (after a whole dull section about cloud gaming, development partners, smart TVs, new G-SYNC displays, and some voodoo feature called Reflex).

The RTX 3050 was compared to the GTX 1050 Ti and 1650 in the same way that the RX 6500 XT was compared to the RX 570 and GTX 1650. This time, though, the performance tier and pricing tier are entirely out of whack, with performance statistics that will make you roll your eyes (see featured image). Worse, DLSS benchmarks are immediately applied to the charts, making comparisons even more absurd (“twice” the FPS).

At the very least, we were able to corroborate many of the spec information that had been released in recent months. Performance should be close to, if not slightly better than, the GTX 1660 Ti, but as a true RTX card, it will handle all of the platform’s fancy capabilities. The amount of CUDA cores on an RTX 3050 Ti mobile is precisely the same as the number of CUDA cores on the 2560 CUDA core (laptop). The boost clock is close to 1800 Mhz. TDP is somewhat greater than that of the GTX 1660 Ti (130 watts). The 4GB version, however, was never released. Only the 8GB GDDR6 version with a 128-bit memory interface was shown during the presentation.

VRAM of 8 GB?! Unfortunately, these specifications still make it a viable target for crypto miners. If the GTX 1660 Super continues to mine profitably-ish to this day, you can guarantee that the supply of these cards will be severely stretched owing to the inexhaustible demand for crypto mining.

If you’re interested in this GPU, there are two possibilities. One, you can get in line first thing in the morning to catch the first wave. Two, that you’ll be able to obtain one during that first wave, with the aim of acquiring it for less than the MSRP of $250 USD (350 to 400 USD). 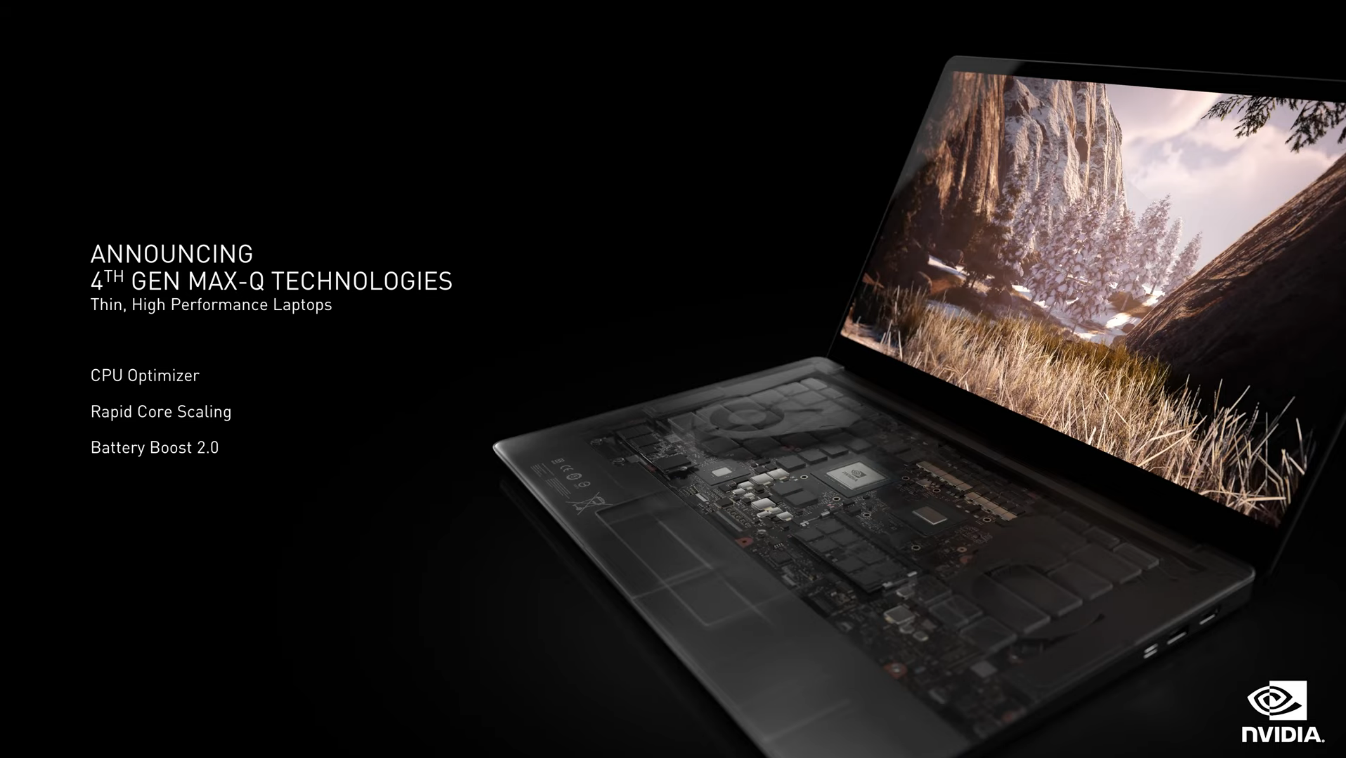 The next shift to 4th Gen Max-Q technologies (Nvidia’s sexy form factor, performance, and cooling balancing act) as well as the unveiling of the new RTX laptops is another mildly fascinating announcement related to GPUs (after another boring segment about the Nvidia Studio and its Omniverse feature).

The key benefit of the new 4th Gen Max-Q technology is better control over how or what work is done and how much power is used. For example, the recently implemented CPU optimization capability enables the unit to interface with the newest mobile CPUs, such as Intel Alder Lake and AMD Zen 3+, on a low-level basis. This is ostensibly done in order to have even more detailed access (and hence energy-to-performance control) to whatever the CPU is doing right now.

Rapid Core Scaling, which works in combination with the aforementioned technology, intelligently distributes additional power to the physical cores of the GPU chip, allowing for faster frequency increases while deactivating other cores for energy efficiency. This is especially essential in graphics tasks that are more instruction-based and hence benefit greatly from having a few cores with higher speeds.

And, of course, what Max-Q feature set would be complete without battery upgrades? Battery Boost 2.0 on the 4th Gen is designed to give “70 percent greater battery life” at the expense of (smartly?) scaling down performance, presumably not by a 1:1 ratio this time.

Oh well, we’re guessing that these new laptops will join the market’s new 160+ RTX laptops, which were also proudly unveiled at this presentation. 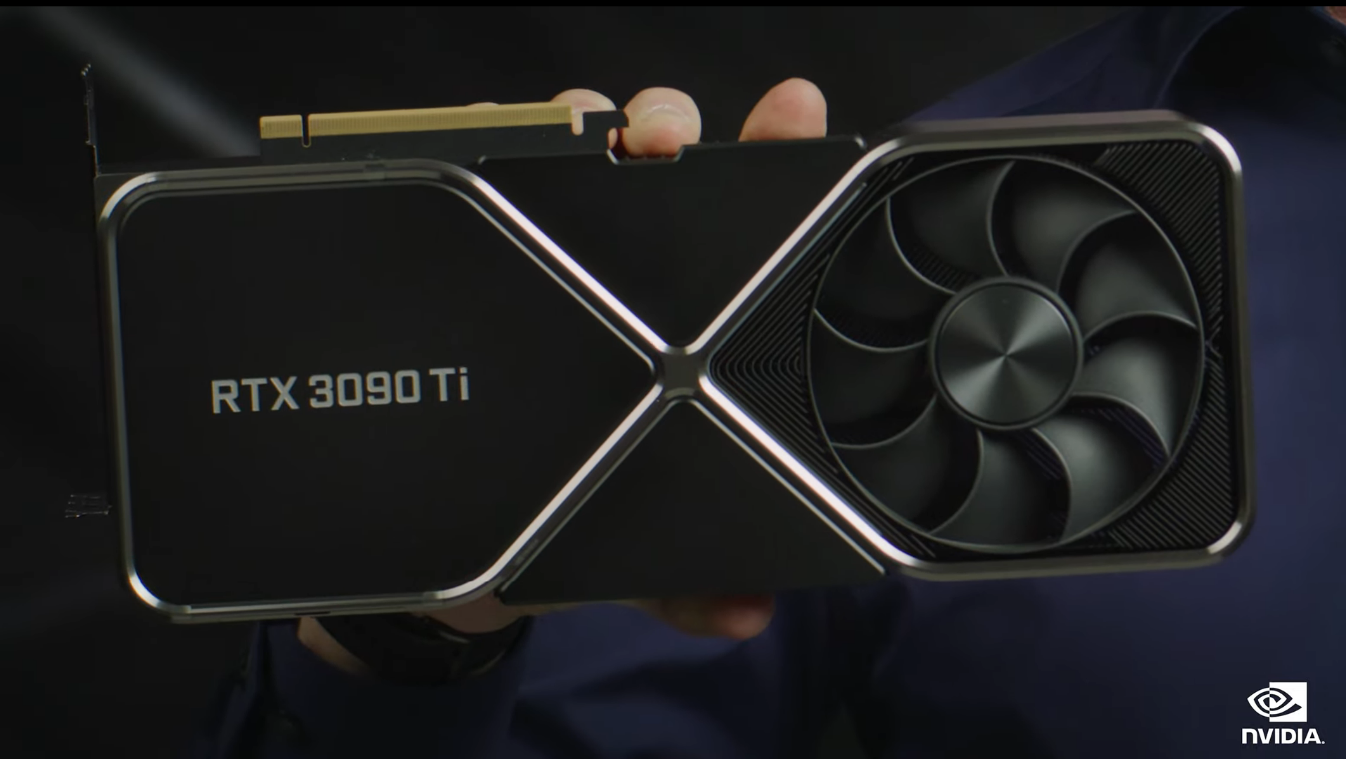 Last but not least, the Geforce RTX 3090 Ti was another rumor that was validated by this official release. Yes, the power draining beast has now been revealed.

Aaaaand no fresh information will be revealed until the end of January. All we knew was this (which had previously been released before):

There’s an extra portion regarding Nvidia’s latest AI advances after this extremely quick 30-second “major” revelation, but meh. We’ll skip right over that.

You can still view the complete Nvidia CES 2022 announcement video if you’re interested in all the other dull things we skipped. (WARNING: There are no video sections, no comments, and no dislikes.) 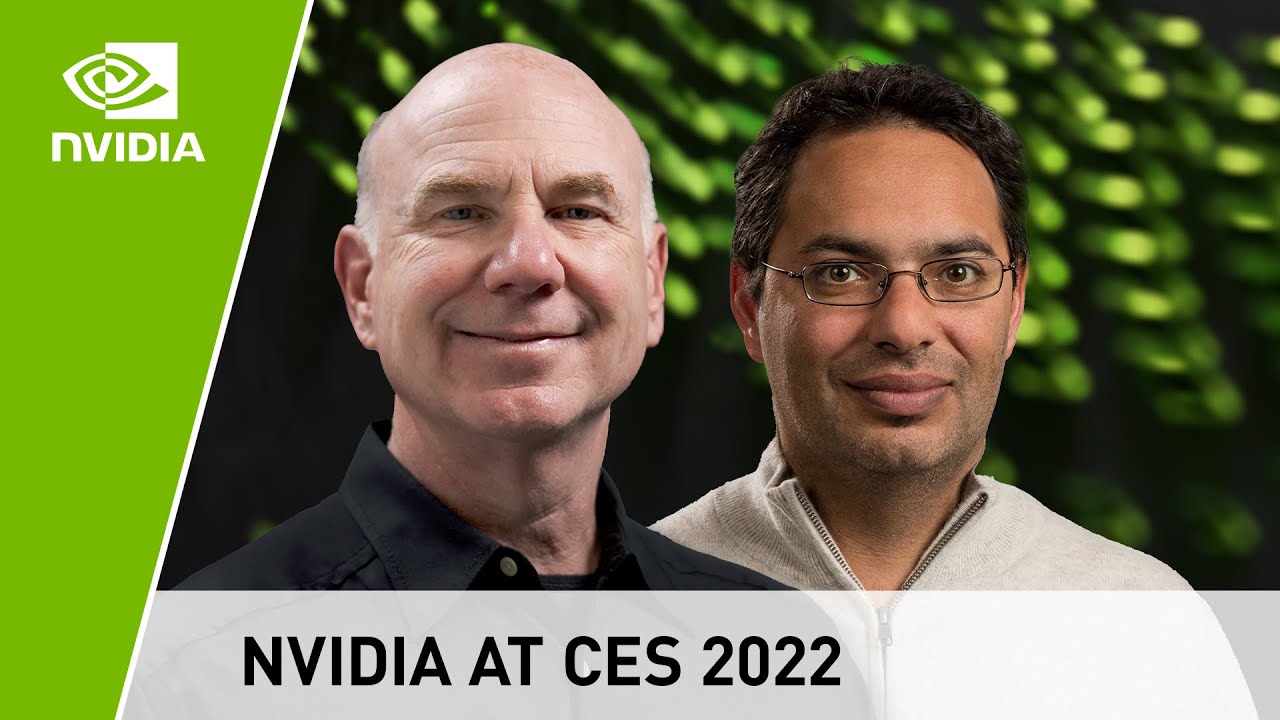